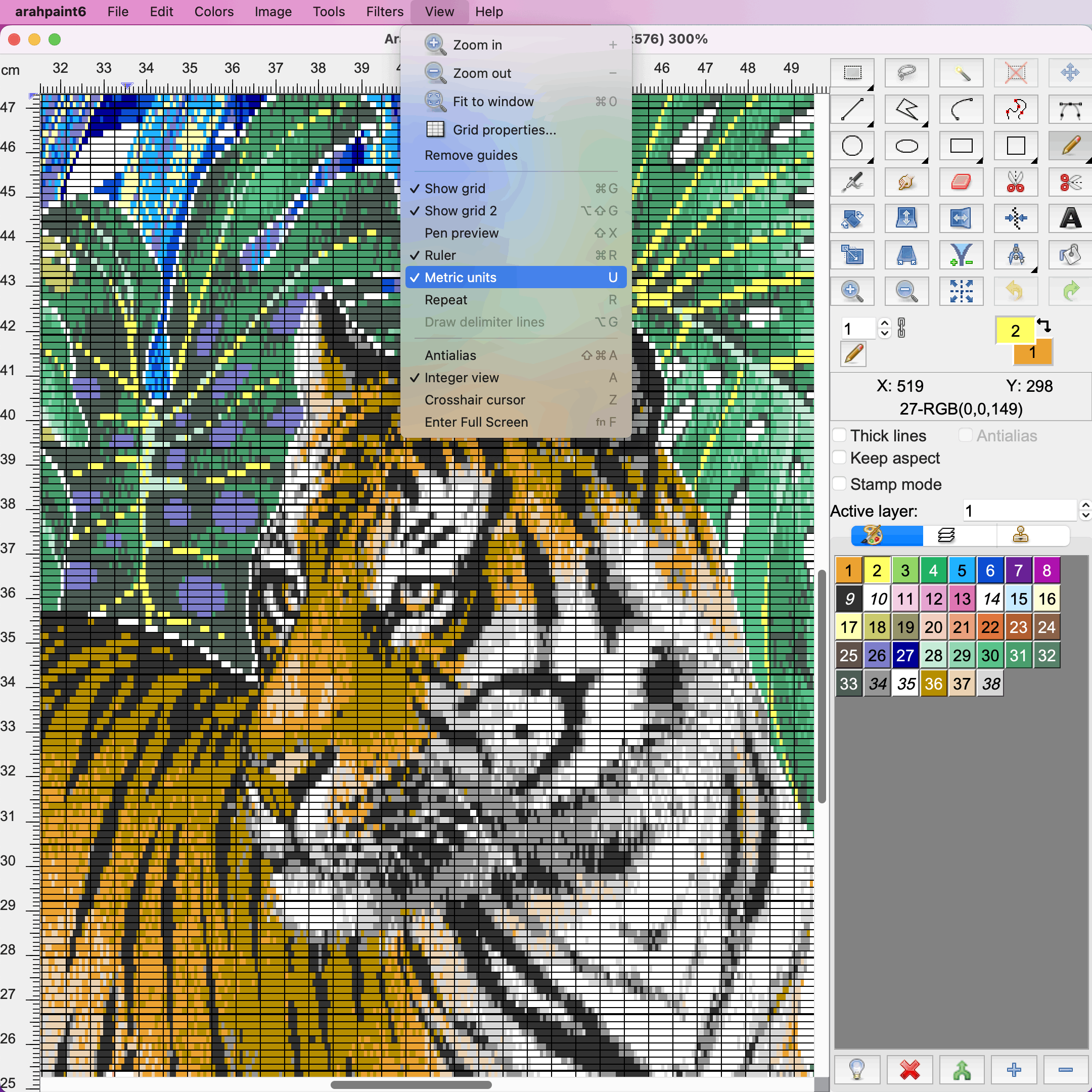 You can now choose between metric or imperial units directly in ArahPaint.

Most of the settings for ArahPaint6, such as units, language, and default image file location can be set in ArahWeave software. However, many users only use ArahPaint software independently, therefore we have added the option to switch between metric and imperial units in ArahPaint.

To switch between the units, go to View > Metric units. If checked, metric (cm) units will appear on the ruler, if unchecked, imperial units (inch) will appear. 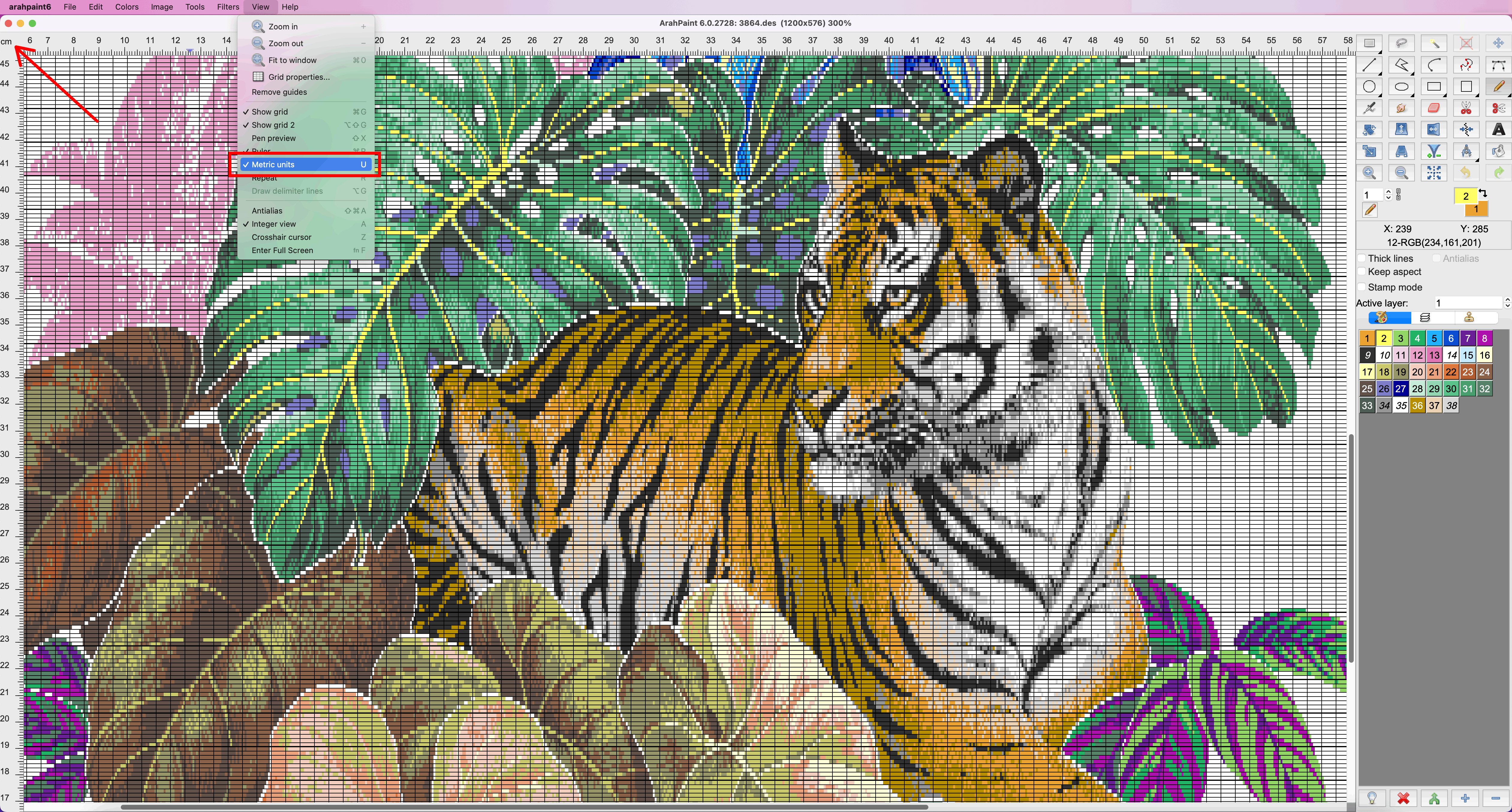 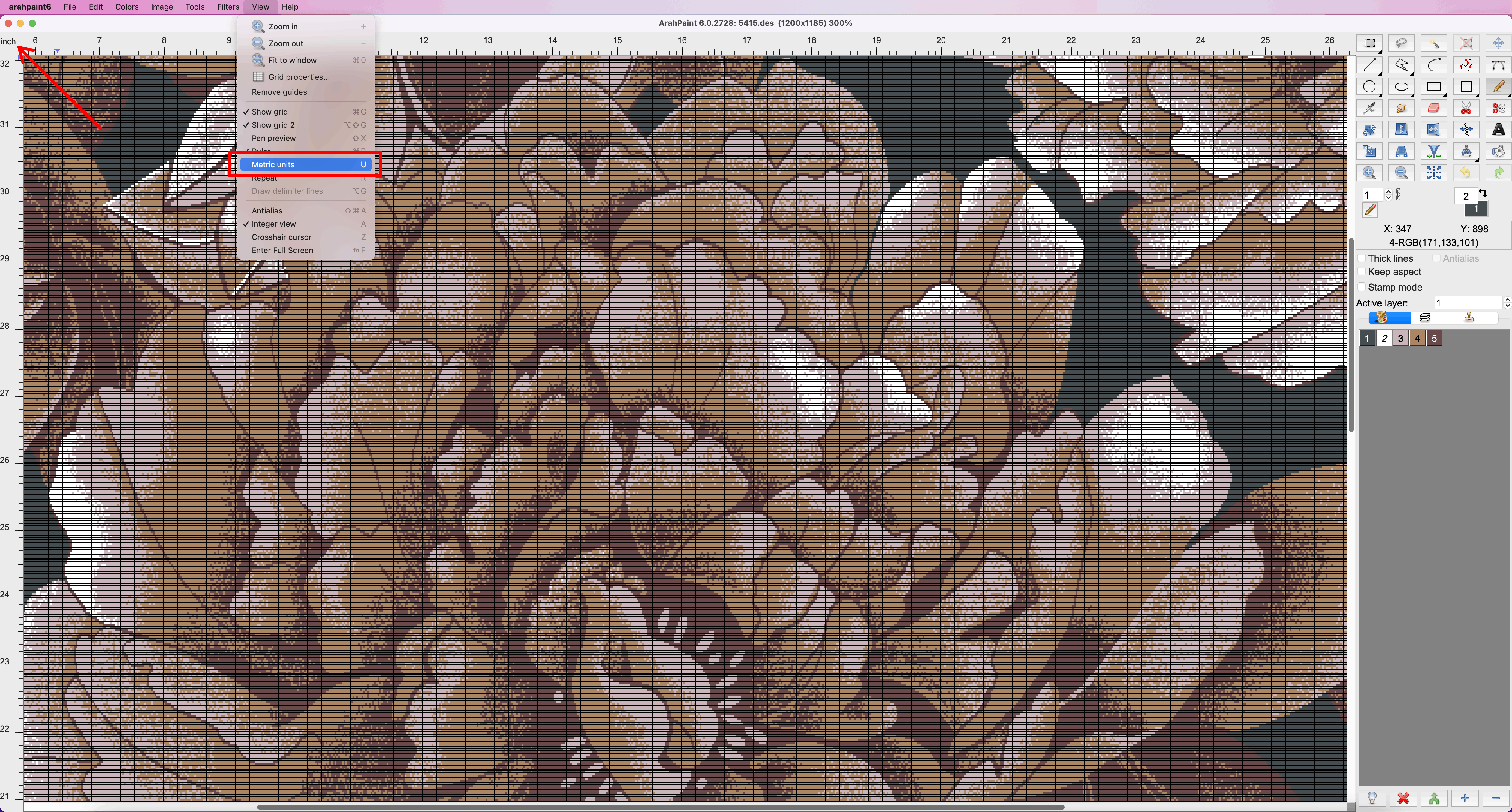