In ArahWeave sort the thread pattern by occurrence or popularity 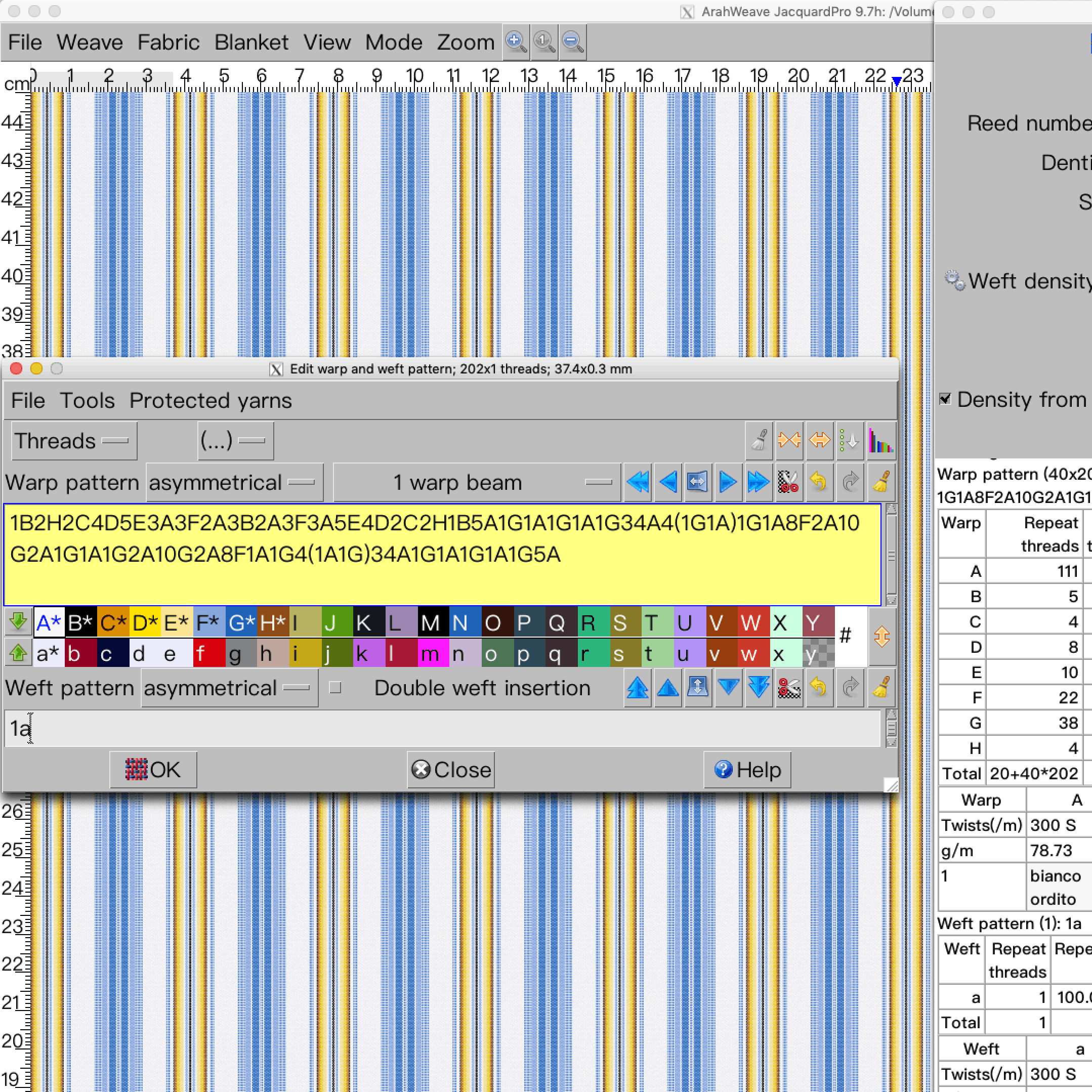 In ArahWeave sort the thread pattern by occurrence or popularity

In ArahWeave CAD software designers sometimes start to write warp/weft pattern in a different order than expected in the manufacturing mills. In the fabric design on the image, the pattern started with 1B2H…Some mills prefer the pattern to start with A, B, etc following the same pattern sequence as is inserted. Other mills prefer that the most used yarns appear first, and the last used appear last.

ArahWeave offers a single button to sort the pattern according to your preference.
Sort by occurrence

: This means the software will sort yarn pattern to start with A, B, C, and so on, thus in this case replacing the 1B2H etc with 1A2B 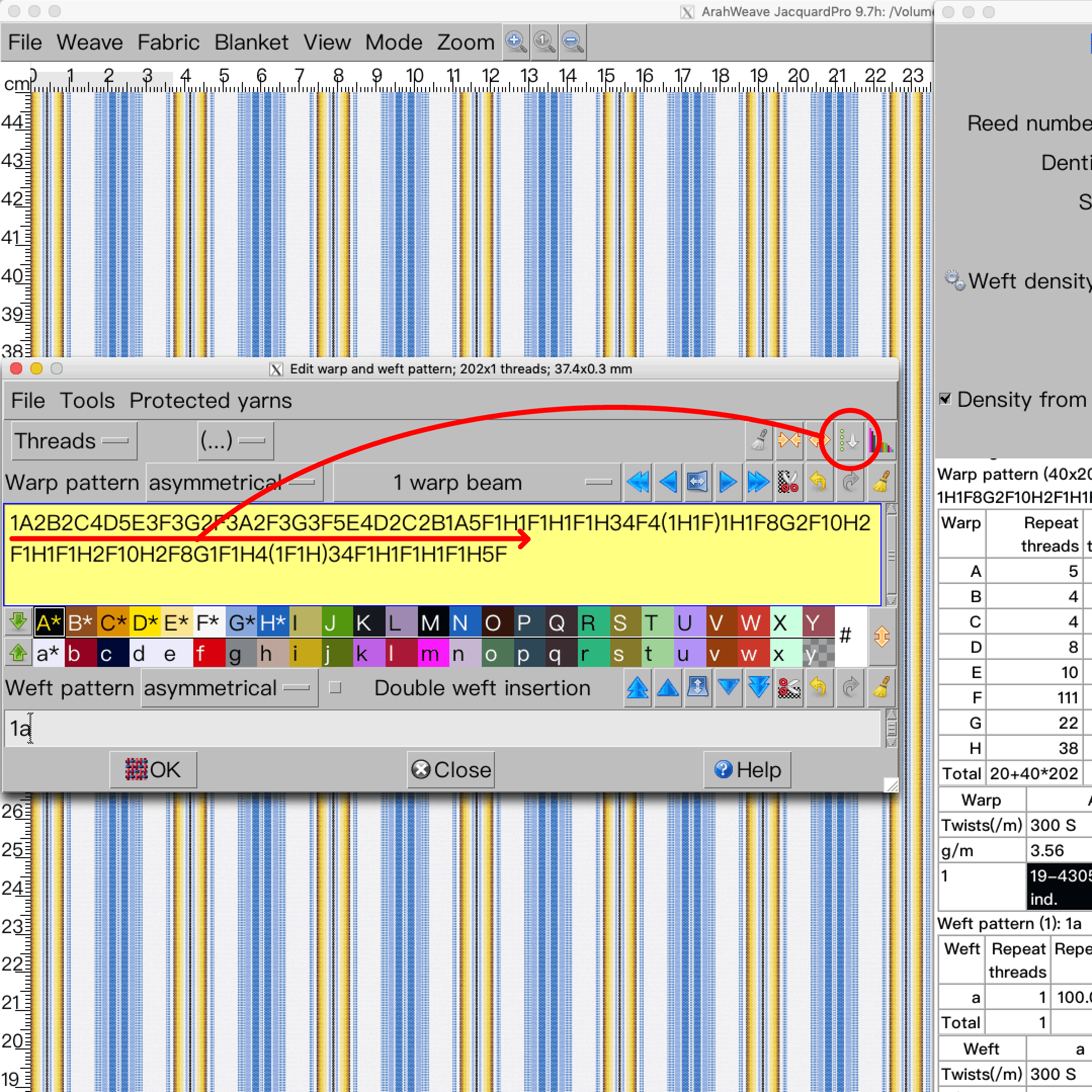 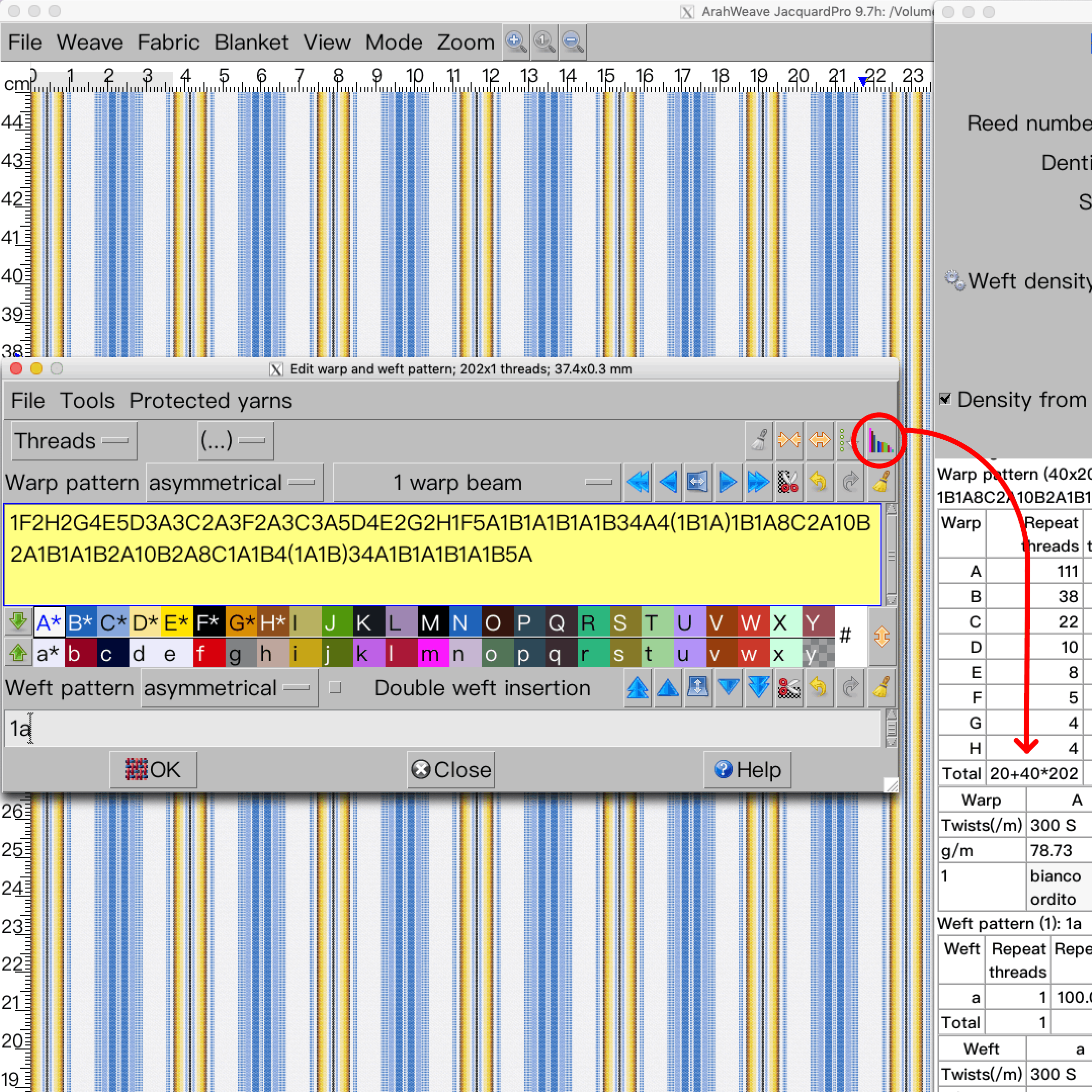